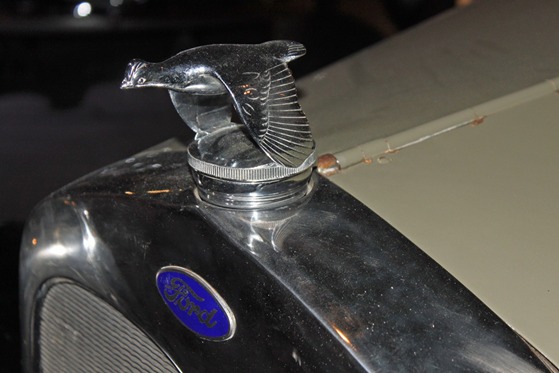 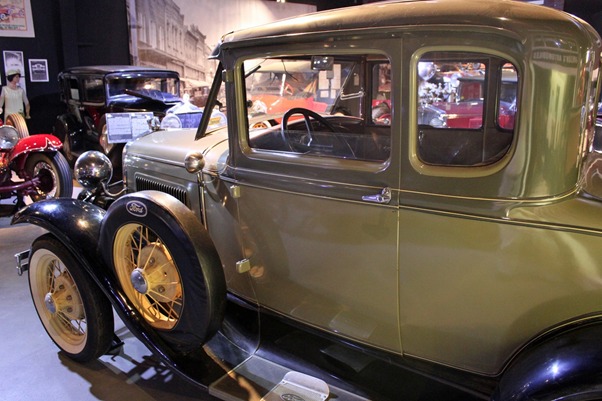 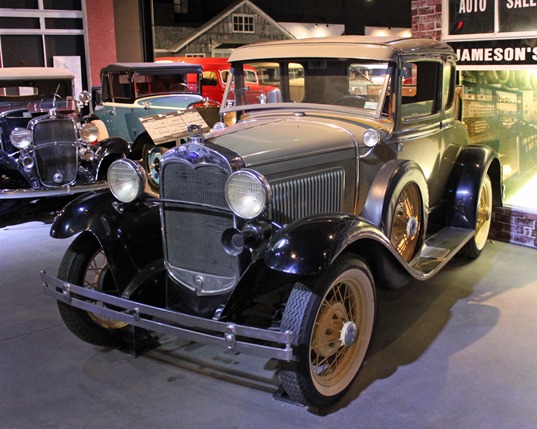 The Model A was launched in December, 1927; hundreds of thousands of orders were taken. The L-head, 4-cylinder engine doubled the Model T’s 20 Hp engine. The Model A’s transmission is a 3-speed sliding gear unit with reverse. It had hydraulic shock absorbers and the suspension was by transverse leaf, just like the Model T. Safety glass in the windshield was a first for this price class. 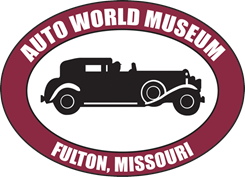